Seeds are considered the primary link in any agri-food chain. Lack of access to good and adequate amounts of seeds negatively impacts the diversity and amount of food available. For Cuban farmers, the lack of access to seed remains a major problem. This is a story on how iCRA works with Cuban partners to establish new, successful partnerships to increase supply of high quality and varied seed.

The Cuban context in short

In Cuba, the conventional model, used by public institutions, covers less than 20% of the national demand for seed. Farmers obtain seeds from other, trustworthy, farmers or occasionally, directly from research centres. Even though these practices have helped relieving the shortfall in supply of seeds over the last 20 years, access to good quality and amount of seed continues to be at the centre of the difficulties suffered by Cuban agriculture.

Recently the National Institute of Agricultural Science (INCA), the Experimental Station of Pastures and Fodder Indio Hatüey, the University of Las Tunas in collaboration with iCRA, the Dutch foundation specializing in rural development, developed a project whose core aim was to identify, in the field, the business models that enabled the sustainable access to high quality and amount of seed. The (name) project was financially supported by RVO, The Netherlands Enterprise Agency.

The results of this project to date indicate that the scientific institutions and “champion farmers” that have collaborated in these international projects have developed a varied arsenal of seeds to answer to the demand of farmers. However, the amount available is still inadequate to meet the demand of farmers. 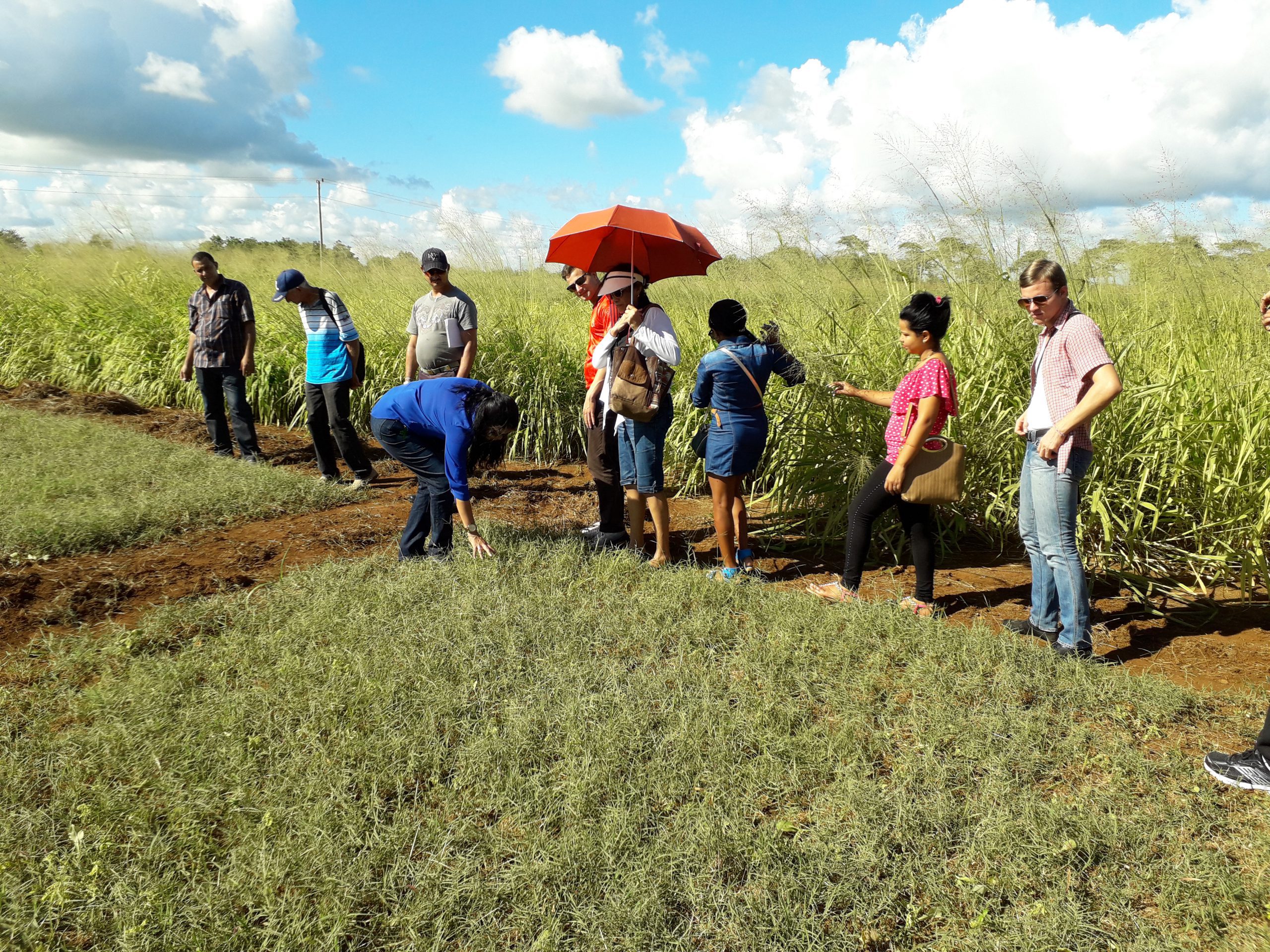 To deal with this challenge, scientists, extension workers, farmers, local government and Ministry of Agriculture representatives have jointly identified alternative business models in which both the public and private sectors can work hand-in-hand. The participants in the project have pointed out that through the collaboration of both sectors, an increase in supply of high quality and varied seed can in time, be achieved.

The project has taught us that amongst the different initiatives identified in the field, three models are considered the most promising to support this ambitious goal:

The Open Model of Seed Diffusion

This model  is practised by the University of Las Tunas. Teachers, students and champion farmers set up  plots to show the range of seeds to dozens of farmers from different municipalities within  the region. Subsequently the guest farmers choose the most popular seeds, multiply them – and pass them on. This practice has been quite successful in terms of the mass dissemination of good seed. Currently, the project is looking for way to that Universities can obtain added benefits, which can be used to keep this practice going, without having to rely on international financial aid.

The second model is based on Local Seed and Technology Diffusion Hubs. The CCS (meaning) Roberto Negrín from the municipality La Lisa, together with INCA, have been ground-breaking in the promotion of this alternative model.  The local cooperative has managed to identify the most sought-after seed and technology in the region. At the same time ,they have contacted  producers who have the means to multiply the seeds, and departments within INCA who wish to promote their bio-fertilizers and growth enhancers. By creating a point of sale where seed and products can be obtained, the cooperative is meeting the needs of supply and demand.

The third model is Service Lenders. This is being promoted by INCA in Bahía Honda. Representatives of cooperatives that have demonstrated outstanding work in the sharing of technologies,  were  named “Science Farmers” or “Associate Professionals” of INCA. They then strengthen both their role as diffusers-marketers of seeds and the technology generated by INCA and other scientific institutions, as well as that of innovative farmers within the innovation network of INCA.

Currently representatives of local government, scientists, farmers and lawyers, with support of iCRA,  are investigating  opportunities for the implementation of these alternatives which are a  priority for the second stage of the project. .

iCRA is dedicated to improving the livelihoods of farmers and their communities. We do this by making research, education, innovation and agribusiness work; meaning we help bridge gaps, develop trust & mutual understanding and bring different worlds and actors together – to find solutions that benefit all.

Apply to a course